Update: This article describes my initial thoughts on a proportional voting system involving exactly two MPs per riding. I later found out about Dual Member Proportional (DMP) a fully developed system similar in essence to the one described here.

The country of Adanac has recently held its first election using a new voting system called Cooperative Proportional. In this system, every riding elects two MPs who cooperate to serve their constituents’ needs. Since Adanac has 10 ridings, its House of Commons has 20 seats.

Adanac has three political parties, Purple, Yellow, and Aqua. The parties compete in every riding. Let’s look at how many votes each party received in each riding in the recent election.

Number of votes cast for each party in each riding:

After all votes were counted, the candidate with the most votes in each riding was elected. In the riding of Yoho, for example, the Yellow party candidate was elected after receiving 350 votes, a greater number than Purple’s 310 votes or Aqua’s 140. This initial phase reminded Adanac voters of their old First Past the Post system. But with the new Cooperative Proportional system, only half the seats in the House of Commons were filled in this manner.

Adanac House of Commons – After First Past the Post phase:

The first 10 elected MPs were a reflection of the voters’ first choices in each riding. But did they reflect the popular vote across all ridings? 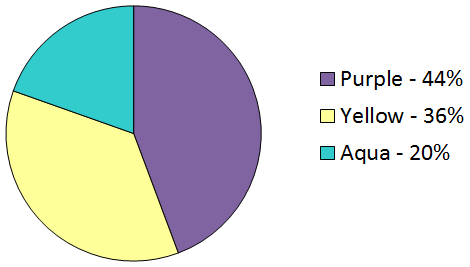 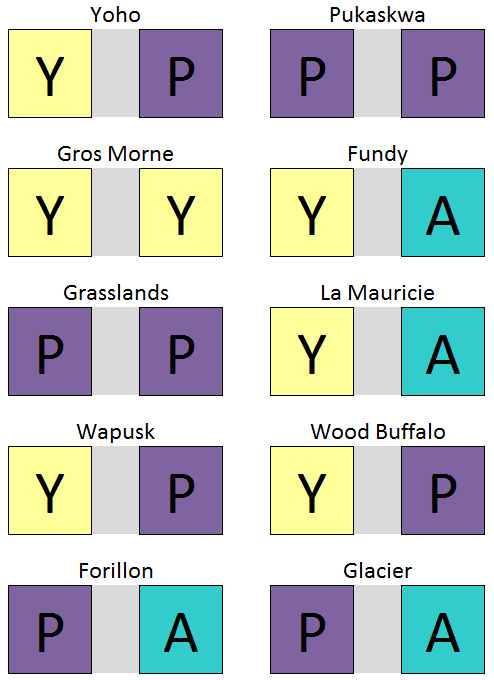 In the riding of Yoho, supporters of the Purple party were happy to see their candidate win the co-representative positon. She placed just barely behind the Yellow party, and would have been eliminated under the old First Past the Post system. Under the new system, the support she received gained her a top-up seat from the Purple party. As a result, both Purple and Yellow party supporters in Yoho have their views represented in the House of Commons.

In Gros Morne, Purple party supporters were initially disappointed to see their candidate eliminated despite placing 2nd. They also questioned whether the Yellow deserved to win both seats. To understand why this happened, let’s look at the ballot for Gros Morne.

Under Cooperative Proportional, candidates run in teams of two. The first of the two is called simply the “candidate”. The second is called the “co-candidate”. Initially, all votes are assigned to the candidate. So Hayley, Simon, and Clara started off with all of their teams’ votes. Hayley from the Purple party had 160 votes. But Simon from the Yellow party won the riding with 380 votes, 220 votes more than Hayley.

After Simon was elected, the rules of Cooperative Proportional mandated that Simon’s co-candidate Danielle receive the 219 extra votes that Simon didn’t actually need to win. With 219 votes, Danielle won her party’s top-up seat. With only 160 votes, Hayley was eliminated. The voters of Gros Morne ultimately accepted that Simon and Danielle deserved both seats due to their landslide victory.

Let’s have a look at the outcome in every riding. Observe that in ridings with close 2-way races, both team’s candidates were elected. In ridings where almost all votes went to a single party, the winning team typically gained both seats. 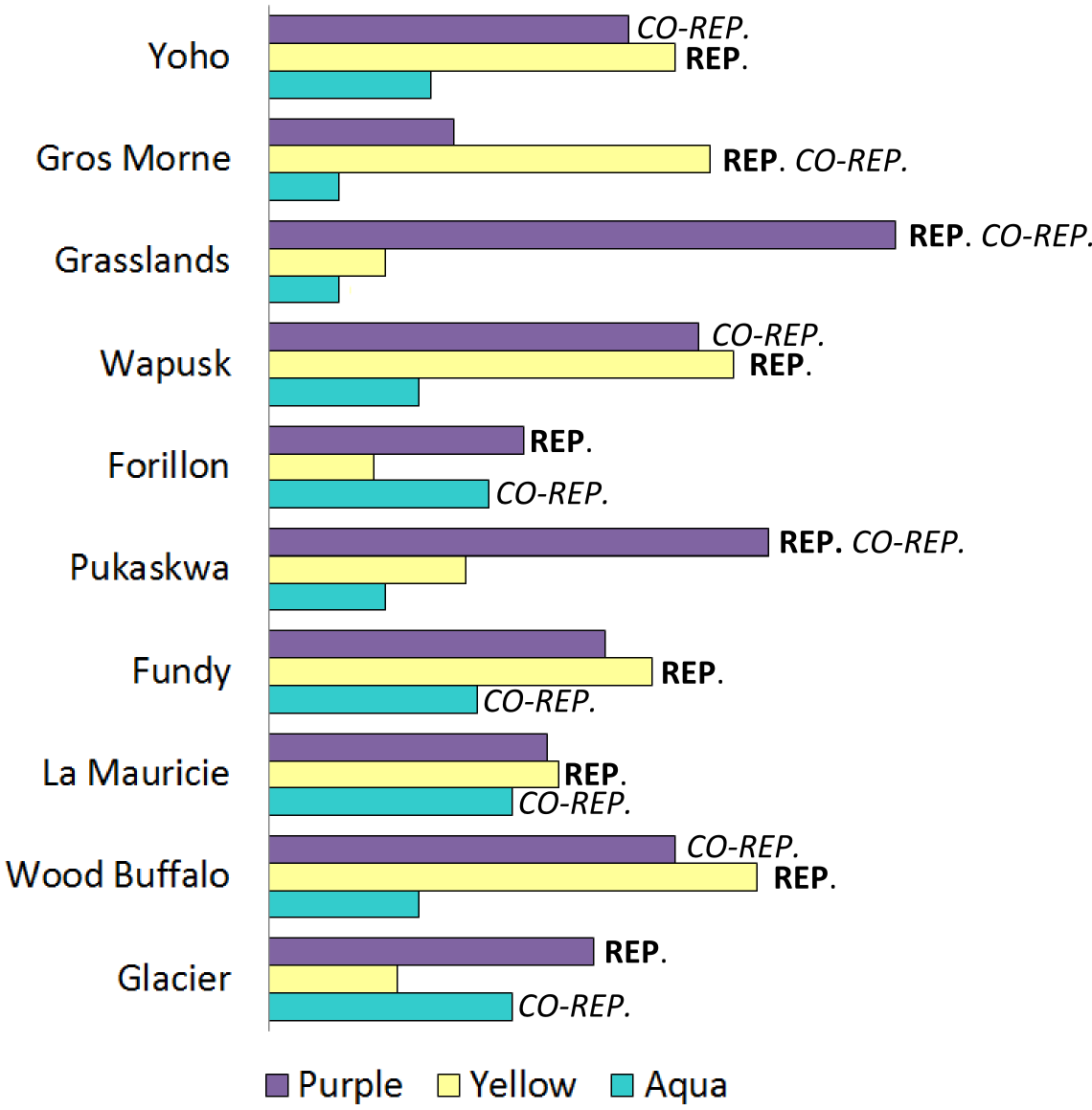 Ultimately, the Purple party voters of Fundy and La Mauricie accepted the fact their party won less support in their ridings than in other ridings. Despite this disappointment, they were happy to end up with representatives from two different parties, either of whom can be approached by any constituent.

With a House of Commons that now reflects both their local preferences and the popular vote, the people of Adanac are pleased with their new Cooperative Proportional voting system.